How Product Managers Can Say No In 4 Easy Steps 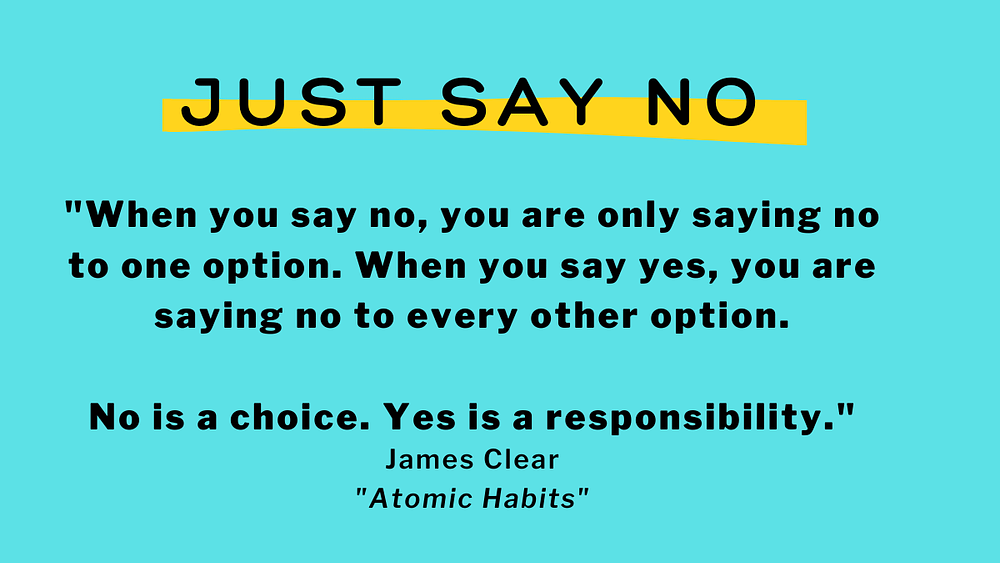 James Clear, the author of the bestselling book “Atomic Habits” recently spoke about the importance of saying “no.”

No is a choice. Yes is a responsibility.”

Let that really sink in.

How many times have you been given a product idea or feature request and then responded with “We’ll put it on the backlog and consider it for an upcoming sprint.”

So many product managers worry about disappointing their stakeholders so they do a little dance around the subject to avoid saying no.

Not only is it critical to be willing and able to say ‘no’, but it’s important to do so quickly and decisively.

When I was working as a product manager for a start-up a few years ago, we had a team dinner one night and someone pointed out that I seem to really enjoy saying no and “killing people’s dreams.” Yes, I was called the dream crusher. I compared myself to Katniss Everdeen, oh so swift with a bow and arrow. You see, I would lock on to certain product ideas that threatened to derail the company and I would shoot those things down.

Here is my 4-step process for graciously saying no to feature requests:

Steve Jobs once said “I’m actually as proud of the things we haven’t done as the things I have done. Innovation is saying ‘no’ to 1,000 things.”

What have you said ‘no’ to recently?